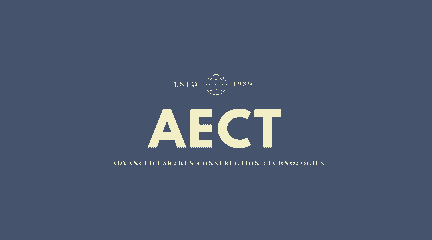 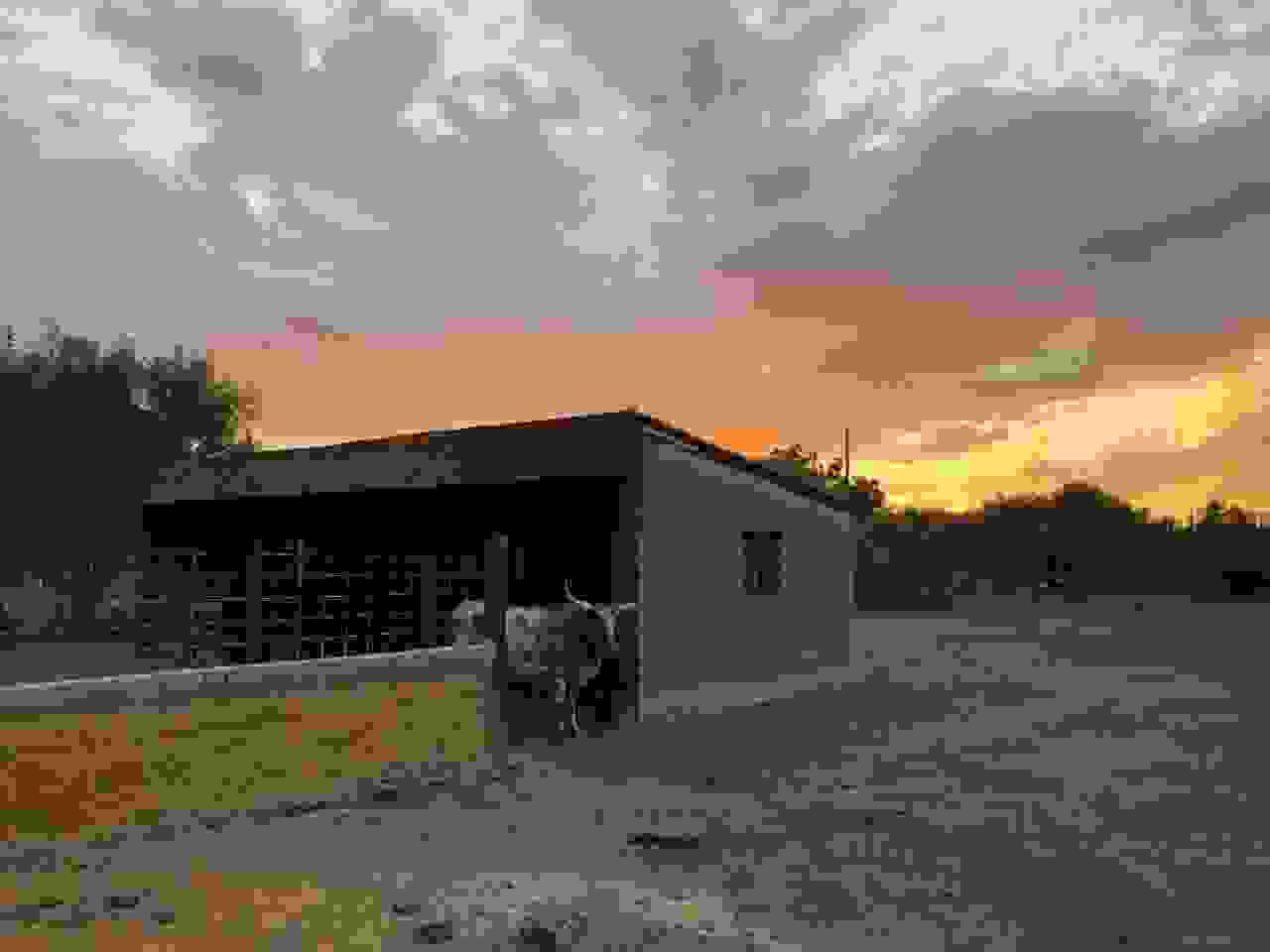 When you've got a big pile of dirt and an AECT compressed earth block machine, the world is your oyster :)  Our president, Ryan Runge, needed a small barn for his animals, so we thought: what better to build it with than 3,000 compressed earth blocks!  In August 2018, we revved up an AECT 2001A Impact CEB machine and constructed this 32' x 18' earth block barn.

We chose to go with a rubble trench foundation on this project because it's effective, inexpensive, and environmentally friendly compared to using 20 yards of concrete.

We used about 20 yards of 1.5" gravel for our rubble trench.

Building a rubble trench foundation is extremely easy.  Just pour the gravel into the trench and compact it.

This isn't entirely necessary, but on this project we chose to pour a 4" concrete pad on top of the rubble trench just to have a flat surface to start laying CEBs on.

Concrete curb dried and ready for moisture barrier then the first course of compressed earth blocks!

Particularly because we were using un-stabilized CEBs on this project, we needed to apply a water-proof barrier to keep moisture  from rising up into the earth blocks.

We used a 1/4" wire mesh to screen our earthen material to a fine enough grain to make "slurry" with.  This screened material is mixed with water to the consistency of a milkshake then used to lay compressed earth blocks on our wall. 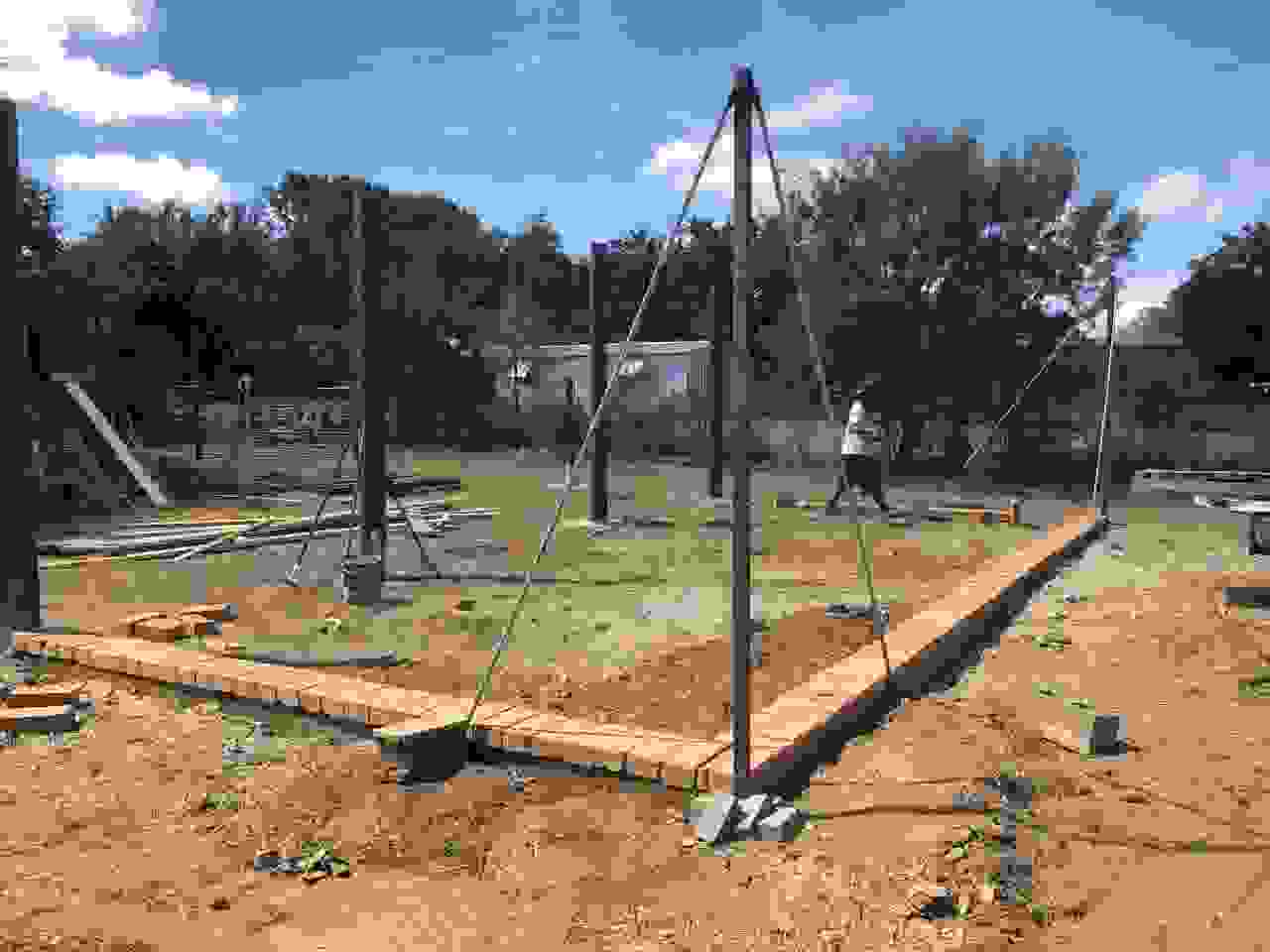 There's so much prep work to be done on these projects.  It's always a good feeling when you get to lay the first course of compressed earth blocks and see your hard work come to fruition...and get to see how great this natural material looks!  For this project, we chose to use 7% cement stabilized earth blocks for the bottom three courses (in anticipation of any flooding).  From the fourth course on up, we used un-stabilized earth blocks.

There are two general methods of slurry preparation.  You can mix it thin like a milkshake and it will naturally spread itself thin (as seen in the photo to the right).  The slurry layer in between the earth blocks will only end up being about 1/4" thick.  The pros of this method are that it's faster and you use less slurry (so less preparation); it's also thought to create a stronger bond than dryer slurry.  The con is that it's a little more difficult to keep your earth block course perfectly straight; this is only a problem aesthetically, as you can still keep your wall  perfectly straight and level on the vertical line...just not horizontally...i.e. you will see undulations in the courses when viewed from the side.  If you are going to cover your walls with a plaster, stucco, etc. then the aesthetics don't matter anyway, and you might as well use the faster thin-slurry method.  On this barn project, we used thin slurry because we were going for a rustic look.

The alternative method is to make the earth slurry thicker as you would with a traditional mortar.  In this scenario, you end up applying and working the slurry with a trowel (as opposed to pouring it on with a shovel), and you end up with about a 1/2" slurry layer in between the earth blocks.  The pro is that you can manipulate the amount of slurry you put down for each earth block and end up with a perfectly level line of earth blocks on each course...which is more pleasing to the eye.  The cons are that you have to prepare twice as much slurry material and troweling the material onto the wall takes about twice as long as pouring it onto the wall with a shovel or scoop.  This method is only preferred if you are going to leave bare earth blocks showing at the completion of your project.  For a visual reference, the thick slurry method was used on the home we built for the show "Building Off The Grid".     https://aectearthblock.com/building-off-the-grid

Once the earth slurry is down, the compressed earth block can be laid into place.  Because we used the "thin-slurry" method on this build, there isn't any trowel work necessary...the earth block is simply laid into the bed of slurry and another one laid right behind it.  The bond will happen rather quickly (within about 20 seconds), so you will want to get the earth blocks in the correct position right away.

Laying a compressed earth block in a bed of earthen slurry

To show the versatility of our compressed earth blocks, on the side wall of our pen, we used a method in which we laid the first course of CEBs on top of the rubble trench.

Instead of pouring a concrete curb, we just mixed up some thick cement stabilized (about 15%) slurry and leveled the earth blocks as we laid them.

Using this method reduced time of building wooden forms for the concrete curb.  It also eliminated the need for concrete and rebar.

Laying the rest of the blocks

7% cement-stabilized earth blocks were used for the bottom three courses (about one foot) in case of a flood.  From there, un-stabilized CEBs were used.

We finished the pen wall and gave it a nice mud coat then moved on to the rest of the barn.

With the story poles set up and with the AECT 2001A Impact compressed earth block machine working great, the CEB walls go up fast!

You can see an angle-iron story pole set up on the corner of the barn.  We set these up on the corners of any build and use them to string level-lines that allow us to keep the walls nice and plumb.

The window openings were inspired by our drives past The Alamo in downtown San Antonio.  Some reclaimed power pole cross-arm wood worked nicely to help create that look.

All the compressed earth blocks are in place and the barn is ready for a roof.

Ryan posing in front of the barn after the last of 3,000 compressed earth blocks were made and laid on another 105 degree August day

Ready for a roof

All 3,000 compressed earth blocks in place and ready for the roof to go on

Reclaimed lumber was used to frame the roof

Reclaimed metal roofing (off of a 100+ year old house in San Antonio) gave the barn a nice rustic look.

aN earth/lime plaster coat was applied to the walls

If you have any questions about our building services, consulting services, or compressed earth block machines, please send us an email at ryan@AECTearthblock.com or give us a call: 210-400-9831

To find out more about the type of machine (AECT 2001A Impact) used on this project, click the link below: